The Graham family adopted Potate when she was a puppy.

Tate had been wandering around on the streets and trying to make it in life until someone was able to adopt her.

After the family took her into their home, they enjoyed the company of each other and lived a happy life all together until Tate met another dog.

The Graham’s neighbors got a dog at the same time they got Tate.

Their dog was close to the same size and age. 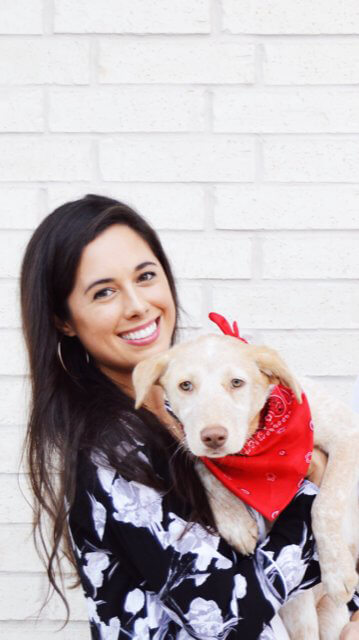 Vernon and Tate were attracted to each other almost immediately.

They would bark at each other and sniff each other when they were outside, interacting as much as they could through the fence between the yards. Over time, the dogs started to dig holes under the fence because they wanted to play together.

It looked like the dogs were going to find a way to be together by any means possible. 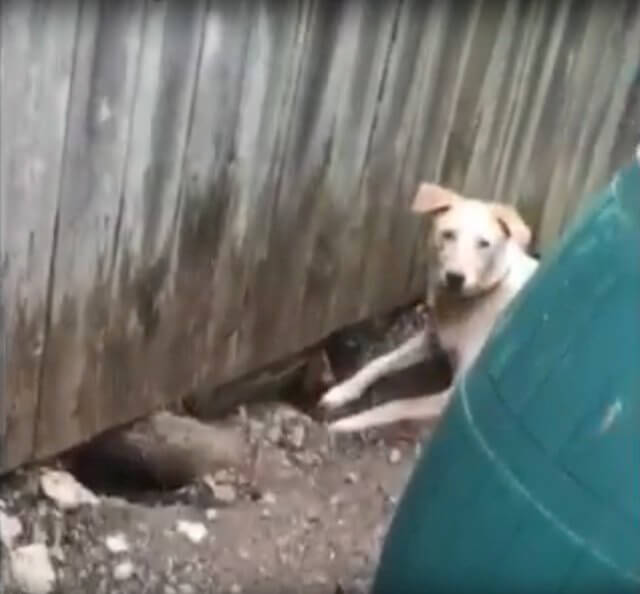 The Graham family had a plan that was like none other and that would allow the two dogs to see each other whenever they wanted. Playdates weren’t working out well because the families had different schedules.

That’s when Hailee Graham decided to install a door leading from one side of the fence to the other. The dogs would be able to go through the door to be together when they wanted instead of waiting on their owners to take them to play with each other. Tate enjoyed the idea of the door because she could be with Vernon during the day. No one knows if the dogs are in love, but they appear as though they are very satisfied with each other for the time being.