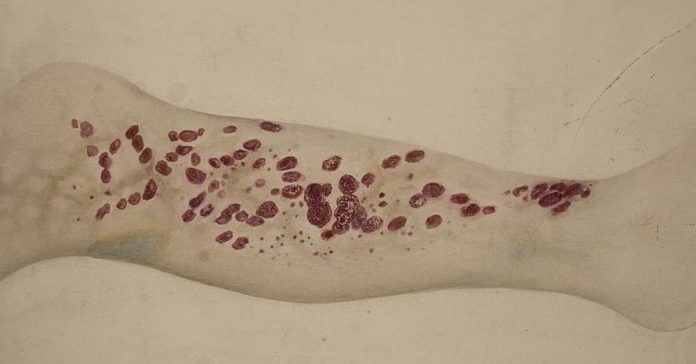 When you hear scurvy, you might think of pirates with rotting teeth, singing songs aboard a sailing ship at sea.

Scurvy was a fairly common disease among sailors and explorers, and back then it was very mysterious to medical science.

Today, we know that the cause behind scurvy is a vitamin C deficiency.

And although it’s far from a common condition now, it is – for some reason – making a bit of a comeback in recent times.

The good news is that it’s not too difficult to treat once you develop symptoms.

All you have to do is start incorporating more vitamin C into your daily diet, and you can find plenty of it in vegetables and fruits.

The first record of scurvy dates back to 1550 BCE in ancient Egypt, but it became much more known in the 1700s thanks to the effects it had on mariners.

Those who spent long periods of time at sea would not have access to vegetables or fruit.

This would lead to severe scurvy which only became progressively worse.

The epidemic was so bad that sailors with the British Royal Navy were more likely to die from scurvy and other diseases than in combat.

As a matter of fact, scurvy is thought to be one of the leading causes of deaths happening at sea – meaning it outranks shark attacks, storms, shipwrecks, and even different diseases!

In modern times today, scurvy typically happens in parts of the world where malnutrition is more common, but for some reason, there have been more cases popping up in developed countries that don’t have issues with food accessibility.

According to a documentary entitled Vitamania, there have been plenty occurring right in America itself.

The documentary features doctor Eric Churchill and his team, who are a practicing medical team in Springfield, Massachusetts.

Over the past six years, there are between 20 and 30 new documented cases of scurvy that their team has attended to alone – so you can only imagine how many there are around the whole country.

Why is this happening?

According to Churchill, this is because those with limited food budgets search for filling foods that are inexpensive and will keep them sated longer.

This typically involves foods high in fat and calories and don’t usually include and vegetables or fruits.

This means those earning lower incomes even in wealthy countries are becoming affected by this age old disease.

Since humans cannot naturally produce vitamin C, this problem is a very important one to address, especially since Churchill says a disease like this shouldn’t even be happening in developed countries.

It should also be noted that the overcooking of vegetables can destroy their vitamin C content, so you have to cook them properly, too.

Some of the early symptoms of scurvy include joint pains, fatigue, and vomiting, but these will eventually develop into more severe symptoms like severe bruising, swollen gums, bleeding of the muscles and joints, and hair damage.

For children, scurvy can completely stunt growth due to its effect on the bones.

If untreated and never resolved, scurvy can lead to further complications such as internal hemorrhaging and can prove fatal.

Vitamin C is a crucial part of the diet, so make sure to add some into your meal plans.

Some of the best vitamin C sources are oranges, lemons, guavas, tomatoes, strawberries, peppers, and coriander.

ABOUT US
It’s not about following websites and social media platforms, it’s about sharing these stories so more and more people read them. That’s when we realized that we weren’t doing anything extraordinary, you were. This website is for you, made by you because you are our hero. You make us and together we spread stories that really matter.
FOLLOW US
© 2019 Relay Hero | Superlative Pte Ltd
46shares