When she arrived from China, she could speak and write some Mandarin. With the help of her new family, particularly her new sister Veronica, Sara quickly picked up English.

It’s a story not so unique until you learn that Sara was born without hands and just won a national handwriting contest at the age of 10-years-old. 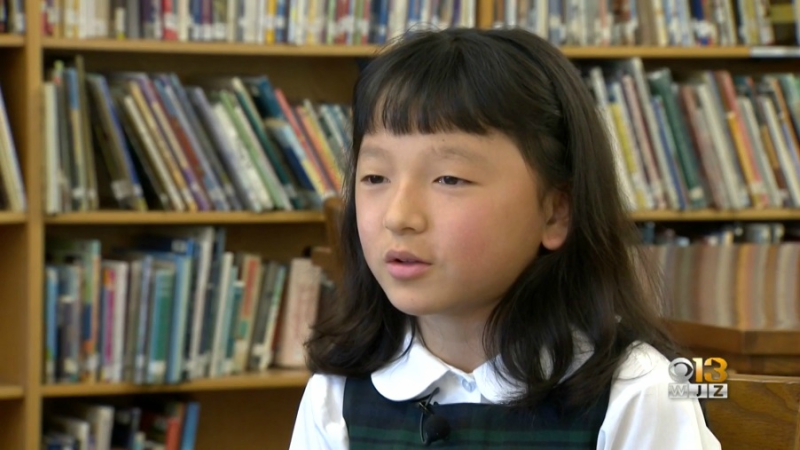 This isn’t just any handwriting contest. The Zaner-Bloser National Handwriting Contest is an annual handwriting award given to two students with special needs.

One award is for print, and the other award is for script writing. The winners must have a cognitive, intellectual, physical, or developmental delay.

The judges were occupational therapists this year.

The 2019 winner for excellence in cursive was Sara Hinesley of St. John’s Regional Catholic School.

Sara described her entry and the excitement of winning to Good Morning America, saying that cursive feels like art to her since the letters are so connective and round.

What’s quite amazing about young Sara is her mighty attitude and independence in the face of disability.

Her mother, Cathryn, told the Washington Post that Sara has never worn an actual prosthetic.

Her sister made her a rudimentary one that she occasionally wears, but Sara otherwise writes and even uses scissors without any adaptive devices.

Sara plots and uses strategy to come up with her unique and amazing ways of doing things.

Focusing on the shapes and points of each letter’s curves, Sara grips her pencil between her two arms to write. She just learned to write in cursive this school year.

Her third-grade teacher, Cheryl Churilla, says that she’s yet to hear Sara say “I can’t,” and she calls her a “rockstar” who’s always willing to give her best to anything thrown at her.

When Sara isn’t writing, she’s drawing art, swimming, playing with her sister, and participating in the school chess club.

Her mom reports there isn’t much Sara isn’t willing to try, and they’ve learned to trust Sara’s judgment when it comes to what she does and how she does it.

Yet, everyday, those around her remain amazed at Sara’s ability and willingness to complete difficult tasks, not just find ways around the tasks.

On June 13, 2019, Sara will receive her national trophy award and $500 in prize money. With the win, Sara also earned $500 in educational materials for her school.

Congratulations to young Sara on showing the world what a positive and determined perspective can accomplish.

‘What Can I Get For $0.50?’: Homeless Man Asks Burger King Worker, Didn’t Know Woman Was Watching