The heat this summer is no joke.

It’s no surprise that many are reaching for some ice cold water to help them deal with the sweltering sun, gulping down huge amounts in one sitting just so they can feel a little refreshed.

But there’s a dangerous side to drinking all that cold water at once, as a man who hails from Houston, Texas, has learned.

Adam Schaub was out on the 3rd of July with his father, and they were both cutting logs when he began to feel very hot.

His face had started to turn red, was sweating buckets, and knew he’d overworked himself, so he knew he needed to rest and rehydrate. 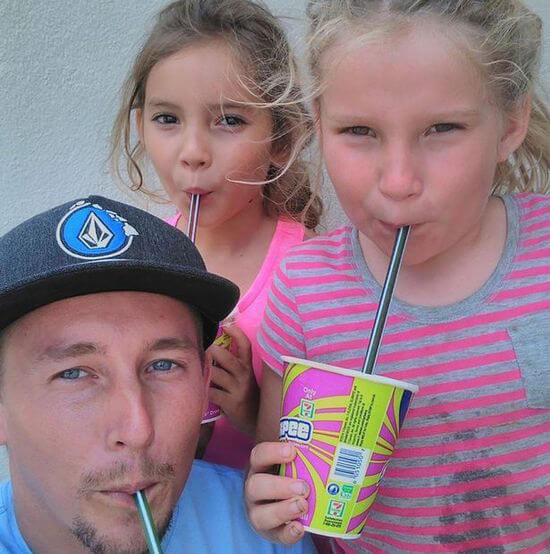 Schaub sat in his father’s truck, which is air-conditioned, and whipped out some bottle of cold water.

He quickly downed two full bottles, but just as he finished, his head started to go foggy and he experienced some feelings of confusion.

He began to feel very sick and ill, and his feet and hands were starting to tingle as though they’d fallen asleep.

Stomach turning, Schaub felt he was going to be sick and quickly opened the door so, if he needed to throw up, he wouldn’t mess up his father’s truck.

But as soon as he tried to get out, he passed out completely and collapsed onto the ground, face-first on the hard pavement beneath.

Luckily, his father was nearby and rushed over to help. 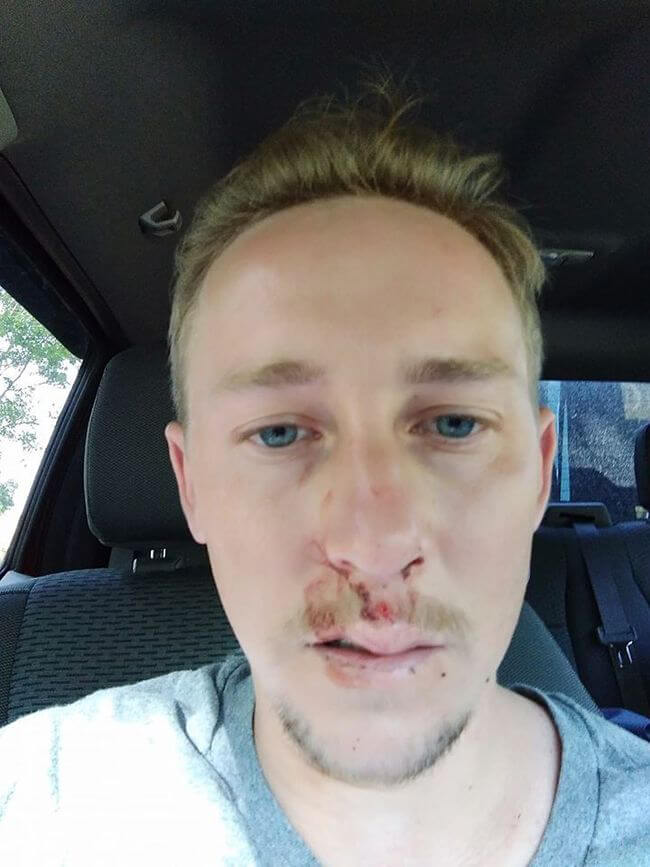 Schaub’s lip was busted and he’d broken his nose, and the blood was all over his face.

Not knowing what had happened, his father thought it was something quite severe and had to wipe the blood away from his son’s eyes.

Schaub could hear his father speaking in the background but it was so muddled and muffled.

Little did he know, his father was calling for help.

The EMTs arrived quickly, but by then, Schaub had started feeling quite a bit better.

He discussed what happened with some of the responders, and they recommended bringing him into the hospital, but Schaub was, thankfully, fine.

All he wanted to do was go home and see his fiance and his son, and there was no lasting damage to him, which was a huge relief! 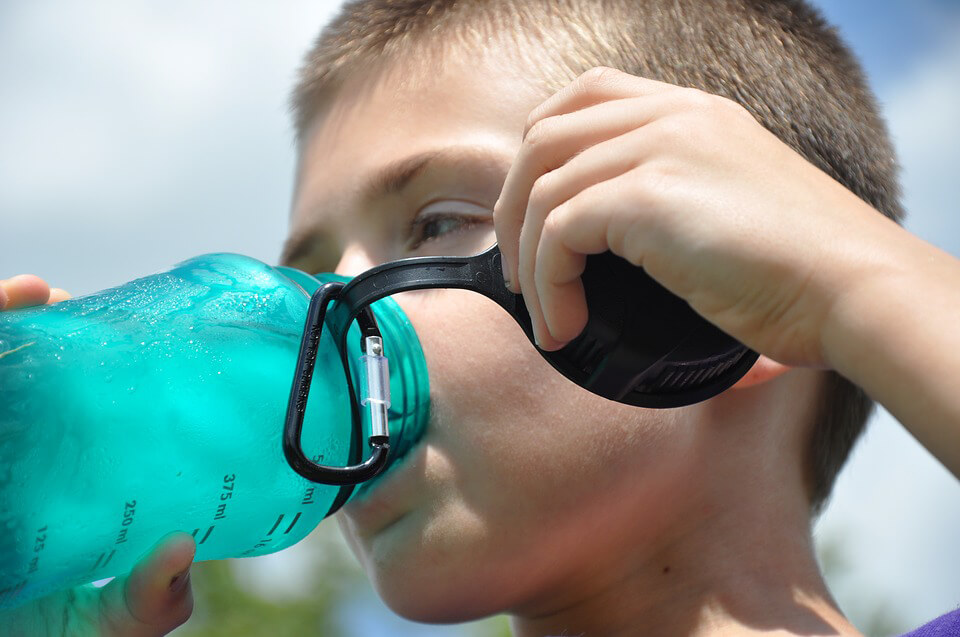 So, what exactly happened?

Here’s what happens when you drink too much cold water too quickly.

As you drink, the cold stimulates the nerves that are situated on the roof of the mouth, causing contractions around the area, followed by the expansion of the small little blood vessels located in the sinuses.

Since these same nerves are the ones that supply the forehead, the brain immediately interprets them as originating from the forehead.

This can lead to lightheadedness, headaches, pain, and loss of consciousness.

So if you’re feeling that summer heat, practice some restraint – don’t gulp down everything in one go!

Instead, slowly sip cold water if you’re drinking some.

Better yet, just opt for water that is at room temperature, as you can rehydrate quickly with it and it won’t cause this problem at all. 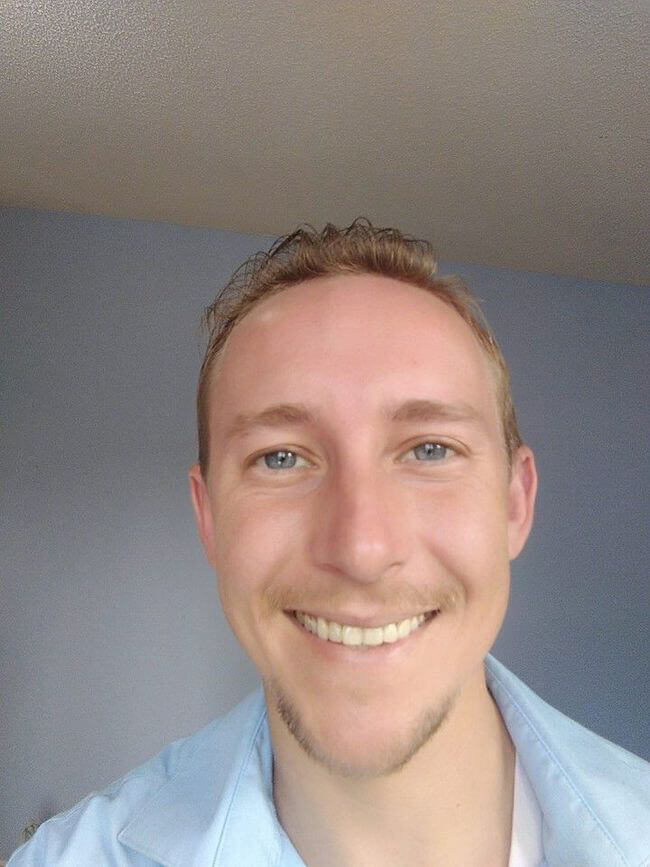 Summer’s kicking into gear, so keep this knowledge in mind when you’re out and about!

Share this around with friends and family so they can avoid making this mistake, too.

ABOUT US
It’s not about following websites and social media platforms, it’s about sharing these stories so more and more people read them. That’s when we realized that we weren’t doing anything extraordinary, you were. This website is for you, made by you because you are our hero. You make us and together we spread stories that really matter.
FOLLOW US
© 2019 Relay Hero | Superlative Pte Ltd
410shares