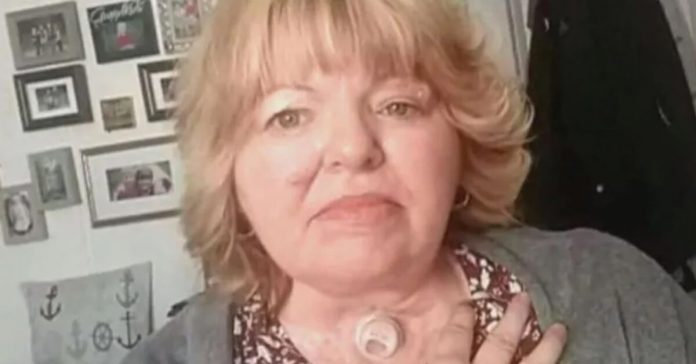 Linda Rolston is just like any other person – she just wants to pack her things and go home with no additional fuss.

Normally, she is a regular shopper at a grocery store in Alberta, Canada, called No Frills.

The reason? No Frills offers its goods at a much lower price than its competitors, in exchange for providing the shoppers with fewer amenities.

Among said amenities cut includes customers having to bag their own groceries, instead of waiting for the cashier to do it for them.

Here is the thing – a while ago, Rolston had developed cancer that forced her to remove her voice box.

A traumatic event, but you may be asking, what does that have to do with grocery shopping?

The thing was, the surgery was not without its side effects – it had affected her mobility, and she would struggle to move at the same speed and fluidity as she once had for the rest of her life.

Cancer, loss of voice, being trapped in a body that can’t move the way it used to – as you can imagine, this all was a conga line of trauma for Rolston.

But she proved herself to be a survivor, and tried to live her life the best she could, including regular grocery shopping.

However, her limited mobility proved to be problematic at the checkout counter.

What would take the able-bodied cashier seconds would take her agonising minutes that seem to stretch out into eternity.

There is no shame in asking for help, especially when you are disabled – but Rolston’s repeated attempts at requesting for assistance were not only rebuffed, she was even punished for being disabled.

After weeks and weeks of having to beg and plead the staff to help her each time (she was often refused the help), she decided to escalate things. She asked the owner for help.

At first, the owner agreed to lend her his assistance. However, that promise was soon broken.

Just earlier this year while Rolston was once again struggling at the counter, she was approached by the same owner whose words proved to be completely heartless.

To Rolston’s shock and horror, she was told that unless she brought along help, she wasn’t allowed to shop at the store.

Clarification only made Rolston stunned – she was being told, in the frankest words possible, that she could not shop at No Frills because she was disabled, even though her prescriptions were obtained from this shop and she wasn’t able to get someone to help her.

She later complained directly to the company that owns No Frills, who offered her a mere $100 gift card in exchange for her silence and her rights to sue the company.

Rolston, however, has proven herself a survivor before, and is proving her mettle once more.

She has refused to keep quiet, and instead has been sharing her story with as many outlets as possible, and is in the process of filing a human rights complaint against the company that had discriminated her due to her disabilities.