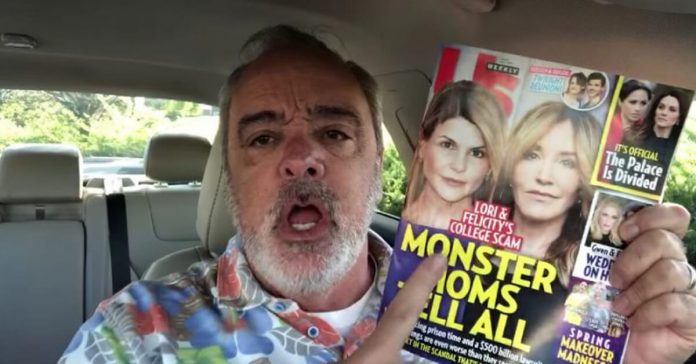 The recent scandal regarding college admissions has been dominating the headlines and airtime. The incident has sparked heated debates surrounding the issue.

While many people are frustrated with this scandal, there is one principal who may have the most passionate reaction.

Gerry Brooks is an educator from Lexington, Kentucky who recently posted a video in which he addresses the college admissions scandal.

The video has since gone viral and continues to garner millions of views each day.

In this video, Gerry speaks directly to parents who don’t think that rules are applicable to their situation.

During the rant, Gerry addresses how some parents decide to ignore the rules in order to obtain some perceived benefits for their child.

In reality, these advantages may not help their child, however. This principal even did an interview with CNN to express his feelings towards the incident.

During the interview, he said that parents make these scandalous decisions out of love for their child.

Instead of abiding by common courtesy or rules, parents would rather give their child what they want.

Gerry Brooks has spent his entire career dealing with parents who decide to break the rules for their children.

Whether doing homework for a child or cutting in line at the end of the day, this principal has seen parents do it all.

In this viral video, Gerry explains why he isn’t surprised that “Aunt Becky” decided to take these risks.