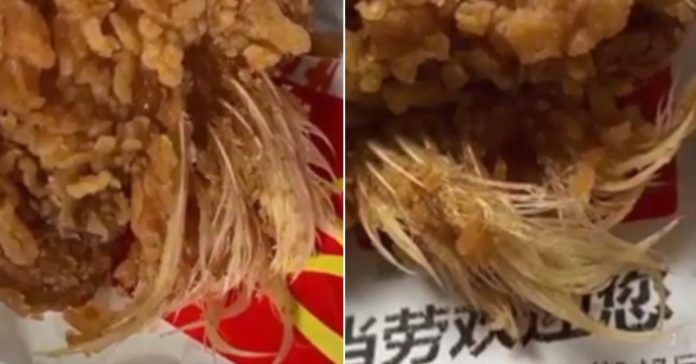 In the United States, McDonald’s is known for its hamburgers and chicken nuggets.

However, the restaurant is known for the variety of chicken wings that it serves in China.

One customer got a little more in her order than what she wanted when she opened her container of chicken wings.

She noticed that some of her wings still had the feathers on them. 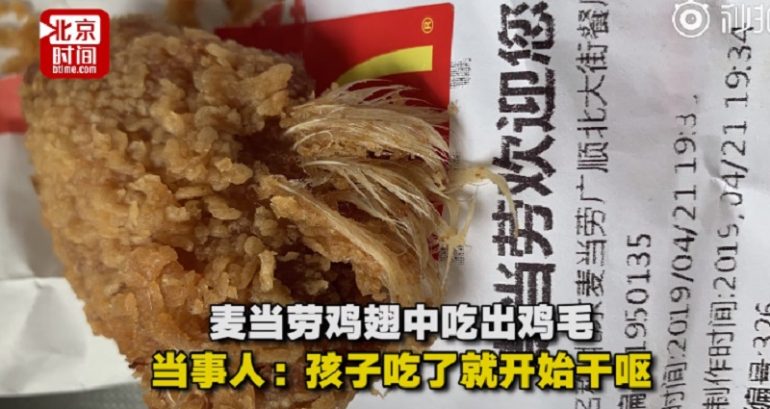 The customer was eating at a restaurant in Beijing when she noticed that the wings weren’t prepared properly.

They were supposed to be thoroughly cleaned with all of the feathers removed.

When the customer’s daughter started eating one of the wings, she immediately spit out a lot of feathers.

Upon further inspection, they noticed that there were more on the chicken.

The customer was angry about what happened and approached the manager. 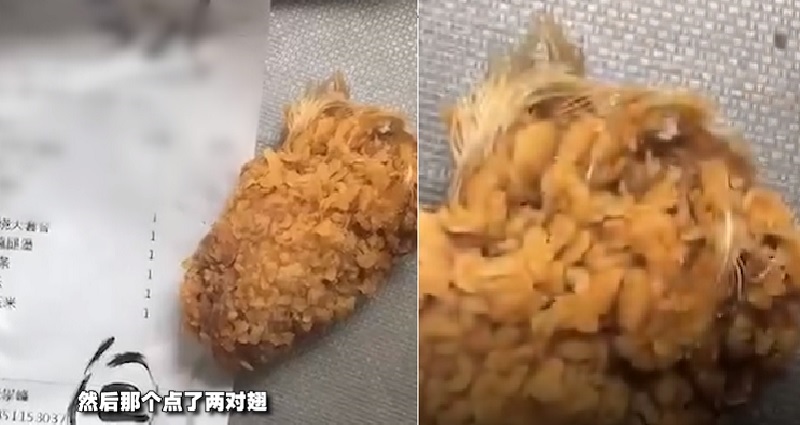 After listening to the complaints, the manager offered to give the customer about 10 times more than what the wings were worth.

This was equal to about $45 instead of the $4 that the customer paid for the meal.

This wasn’t enough for the customer, so she decided to take her case to the food and drug administration.

The restaurant has apologized on social media sites about the incident and has posted how the company tried to make amends with the customer.

While some people have supported the customer’s actions, there are others who have taken the opportunity to show that the feathers only mean that the restaurant uses the freshest chicken possible.

ABOUT US
It’s not about following websites and social media platforms, it’s about sharing these stories so more and more people read them. That’s when we realized that we weren’t doing anything extraordinary, you were. This website is for you, made by you because you are our hero. You make us and together we spread stories that really matter.
FOLLOW US
© 2019 Relay Hero | Superlative Pte Ltd
419shares