Indonesians were surprised to find a dead sperm whale washed ashore in one of its national parks.

What’s even worse was that the mammal had 13 pounds of plastic waste in its belly, according to park officials.

The whale, which measured about 31 feet, was spotted in the shores of the Wakatobi National Park in Kapota Island. The animal was in an advanced state of decay. Officials say that they were not certain if the plastic was the main cause of death.

Nevertheless, the state of the sperm whale still triggered huge concerns among environmentalists and animal activists from all over the world.

A dead marine animal with too much plastic in its system is becoming increasingly common in today’s world.

In Thailand, a dead pilot whale was also spotted with 80 plastic bags in its belly. Plastic bags are often used in Southeast Asian nations, including Indonesia, when people buy almost anything.

China, Vietnam, Thailand and the Philippines are also liable for some 60 percent of plastic waste that ends up in the waters of the sea, as per a 2015 report from the Ocean Conservancy.

Another report from the Foresight Future of the Sea stated that the amount of plastic in the ocean may triple in the next decade.

Unless humans learn to curb their litter and wastes and use other means besides plastic then this problem will only get worse. 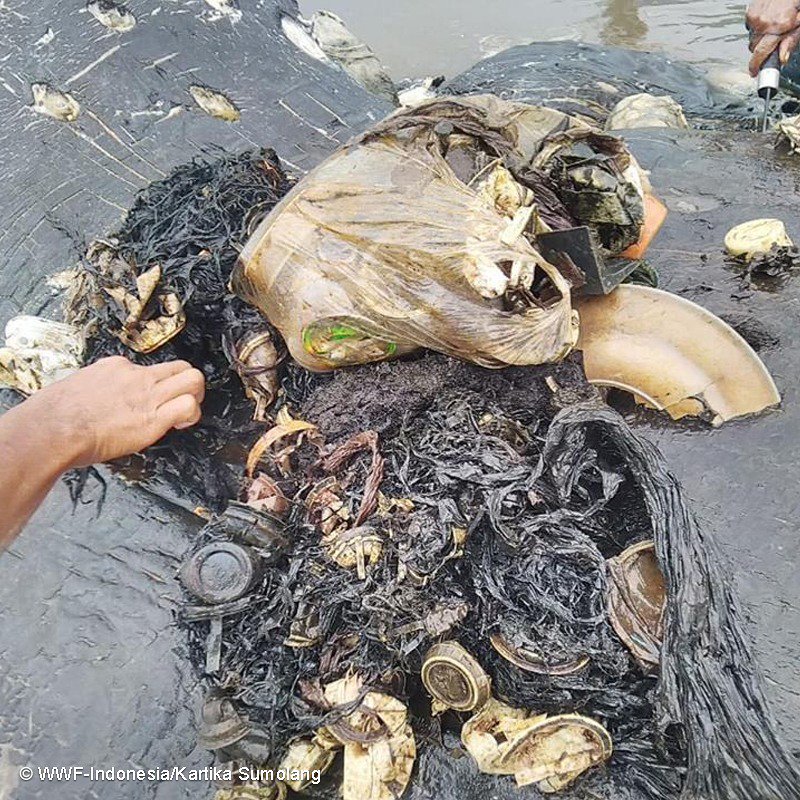 Apparently, bigger fishes like the sperm whales mistake plastic bags as jellyfishes and prey on these for food.

But plastic, being non-biodegradable, can remain in the gut of the whale for a very long time since it takes 1,000 years for plastic to disintegrate.

This causes problems for the animal’s digestive tract.

For other creatures of the sea, the plastic can tend to suffocate and cause a slow and torturous death.

Conservationists have been trying to reduce the harm these sea creatures endure from the mistakes of humans.

But death or harm by plastic continues to be a cycle as countries that dump their wastes in the ocean also haven’t found better alternatives. In the previous year, Indonesian officials have convened to discuss the country’s garbage emergency.

This happened after Bali, a picturesque coastal town that attracts millions of tourists every year, was wrought with stench because part of the island had a swamp filled with rubbish. Indonesia pledged to clean up its marine plastic waste by at least 70 percent in the next five years.

To do that, however, the country has to improve its waste processing infrastructure and raise more awareness on the impact of plastic in the environment.

Indonesian official Luhut Binsar Pandjaitan acknowledged his countrymen need to learn and understand that plastic waste is a big problem.

The sperm whale’s death on their shores should convince them to significantly curb their reliance on plastic.