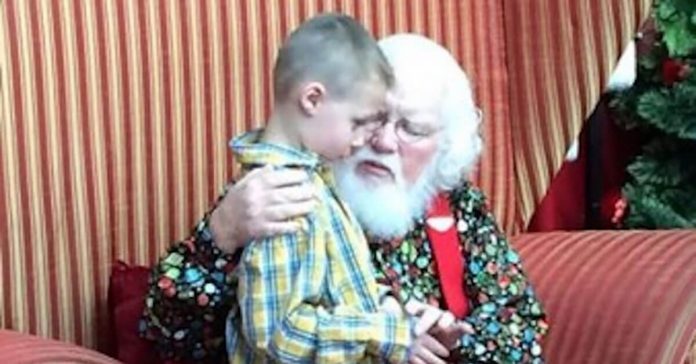 It’s easy for someone to internalize the idea that being different equals to being wrong, leading an individual to feel that their quirks and unique features are inherently bad.

For six-year-old Landon, this notion is a familiar one.

They took a cute family photo with Santa, but Landon didn’t want to go just yet.

He had an important question for Saint Nick. 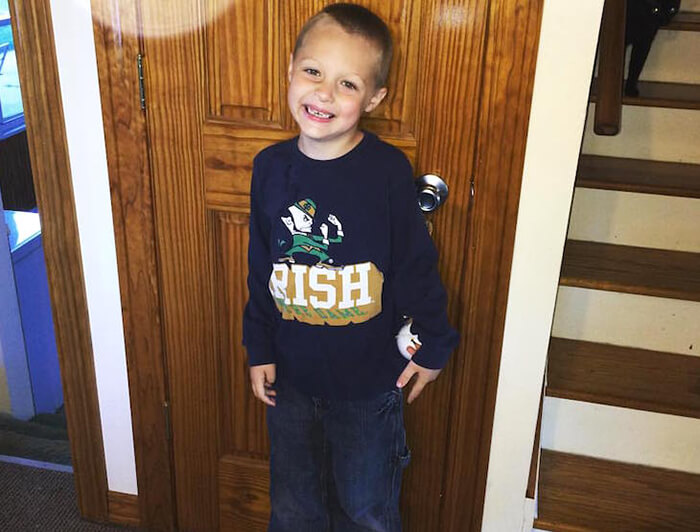 So Landon ran up to where the big bearded man was sitting.

He looked quite nervous and his arms twitched as he started to speak.

He asked a question that had been plaguing his mind for a while: would his autism cause him to wind up on the naughty list?

He was so worried about offending or being disliked by Santa and his elves!

But Landon had nothing to worry about.

Santa didn’t even hesitate before he answered, telling the young boy that he and his reindeer loved him very much!

He assured Landon that he was a good boy and said the amazing words that were all Landon needed to hear: that it was okay to be himself, and to be who he is with the conditions he has. 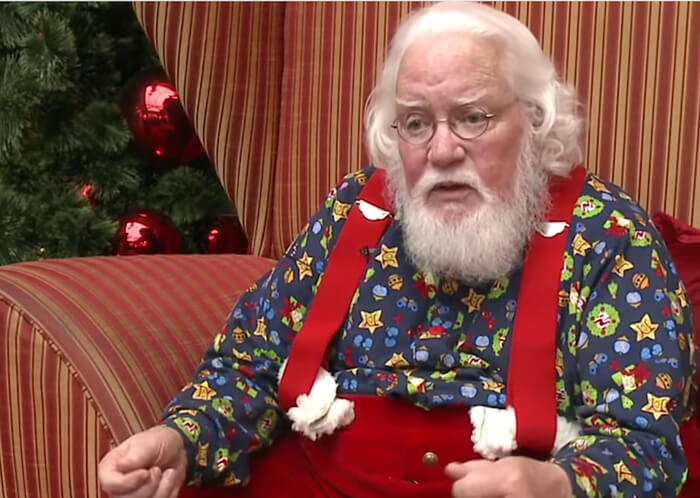 Immediately, Landon’s nervousness seemed to drain away from him.

From a close distance, his mother, Naomi, looked on in awe and happiness.

Since Landon was born, she’d tried to teach him constantly that his neurobehavioral condition doesn’t make him any better or worse than those who don’t have it.

She’s always told him that he is special and loved just as he is.

Santa was teaching Landon that same thing and telling him he is a good person, regardless of any condition he may have! For the next five minutes, Landon sat and talked with the bearded Father Christmas.

He had plenty more questions to ask Santa, and Santa gave him all the attention he had!

He answered Landon’s questions and they discussed Landon’s interests and how his Christmas was going, never once stopping his jolly mood.

Naomi was absolutely over the moon to see how well Landon was internalizing the lessons Santa had taught him. 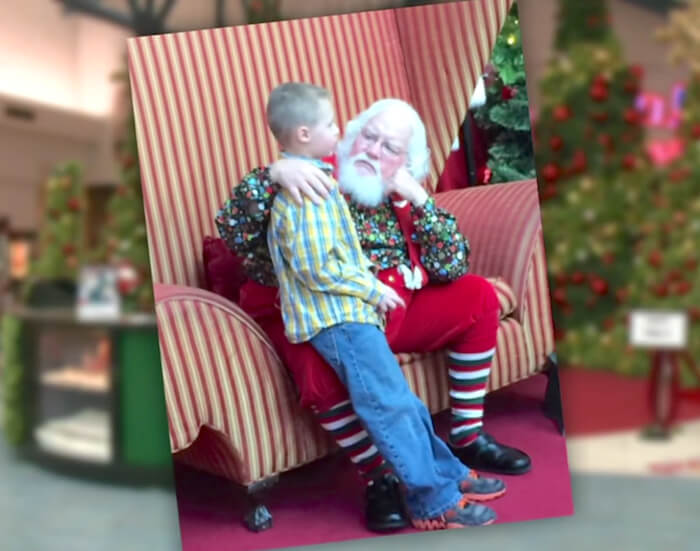 Landon received such a boost of confidence from what Santa told him, and this reassurance was amazing for young Landon.

Naomi now knows that this Santa is someone who tops the list of all the incredible people Landon has been able to meet throughout his journey to understanding and managing his autism. 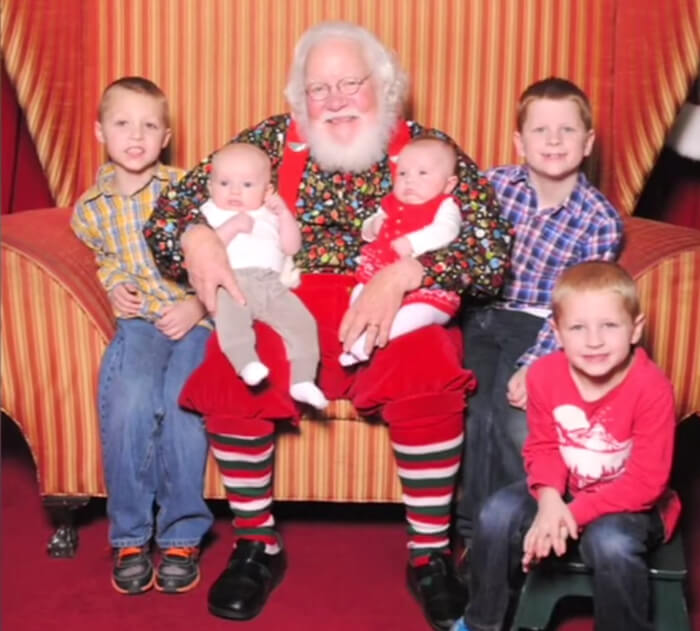 The compassion and gentleness that Santa showed to Landon revealed that he truly cared about the boy’s feelings and wanted him to learn to love himself.

He made sure Landon knew that Santa, Mrs. Claus, and all the elves and reindeer cherish and love him, no matter what.

What a beautiful message to give to a child!

Many times, we may fall into the trap of being frightened by people who are different than us, or who we don’t understand.

Keeping in mind that they’re good people just as worthy of respect, kindness, and love is something we all must do in order to make the world a better place!