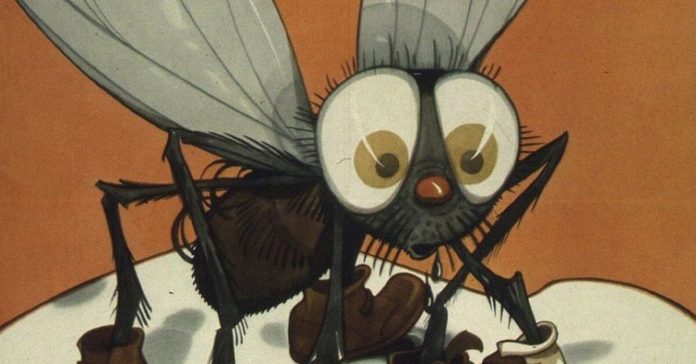 The bane of all who work with food (especially during summer months when they seem to start breeding like crazy), flies are a nightmare.

Cooks and customers alike loathe this foul insect and many parts of the world have come to know and praise the reassuring zap of the electric fly swatter.

Who doesn’t have a practiced arm for shooing away the filthy fly?

Our need to keep this disgusting insect as far away from our foods as possible is not without reason.

Flies are thought to spread germs and diseases, commonly from having previously landed on rubbish and rotten food beforehand.

This is probably why we instinctively try to avoid eateries with dozens of flies hanging about – who knows how dirty the kitchen is?

That fly population didn’t spring out of nowhere, after all. 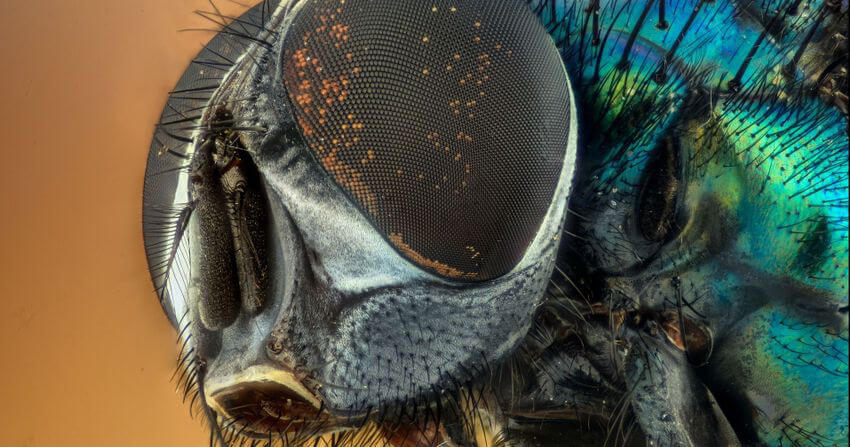 With all that in mind, it’s just basic common sense to swat them away or squash them before they come anywhere close to the foods we put into our mouths.

But what about when they have already landed? Is it still safe to eat?

Most of us, wishing to salvage what would otherwise be a perfectly good meal will probably just tear out the bit the fly landed on and eat the rest.

After all, all the fly did was just land on it for a split second! It should be fine, right?

Hunger can be a cruel mistress.

In fact, how many of us have just decided we were too tired to work our way around it and decide it couldn’t hurt to just finish that chicken drumstick? First, we should take a close look at exactly how a fly contaminates food.

Urban myths would tell us that it is from cross-contamination from their previous meal. This, however, is only half of the story.

Having no teeth, the fly vomits their saliva onto the food in other to liquify it, so it can suck everything up through its proboscis.

Because this saliva includes remnants of their last meal, they can regurgitate anything from feces to rotten meat, and all the harmful bacteria that comes with it.

As a result, they are movers of 100 different diseases and parasites, including Salmonella, tuberculosis, and cholera.

In other words, they transmit just about any disgusting pathogenic microorganism you can think of. This is not the only way they can contaminate your food, however.

Should you leave your meal unattended long enough (usually a day or two), flies will also defecate and lay eggs in addition to the aforementioned liquifying their newfound meal.

If you are incredibly unlucky, even a brief landing is enough for them to lay eggs in your meal – it would not be the first time that’s happened, and it certainly will not be the last. 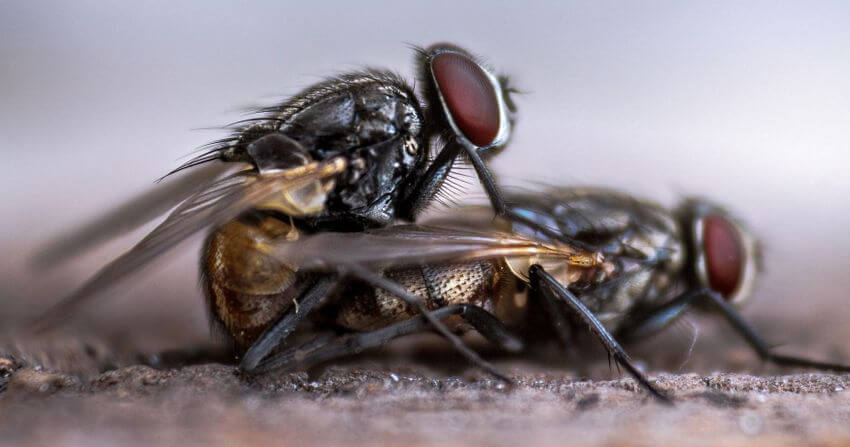 For a peace of mind, you could throw away your meal entirely to avoid having to deal with any of this nonsense.

But really, at the end of the day you’ll want to have your food always covered when unattended, no matter how briefly.

ABOUT US
It’s not about following websites and social media platforms, it’s about sharing these stories so more and more people read them. That’s when we realized that we weren’t doing anything extraordinary, you were. This website is for you, made by you because you are our hero. You make us and together we spread stories that really matter.
FOLLOW US
© 2019 Relay Hero | Superlative Pte Ltd
217shares