We all know that cats have a bit of the flair for the dramatic.

If there’s something that can be overacted, they’ll make sure they find a way to do it.

It’s very silly, but it also makes us love them so much!

Still, even all the cats in the world might not have anything on the theatrics of chubby Ah Fei. Ah Fei is a tabby cat who was rescued off the streets of Jiangsu, China.

His name is in Mandarin and translates to “fat”, and that’s definitely one word to describe the tubby and chunky feline!

His human parent, Tang Chang, knows the cat for his hilarious but adorable traits – he’s lazy, he loves to eat, and he’s a very sweet kit. Despite his laziness, though, Ah Fei is never one to shy away from big reactions.

If you do something to tease him, he’s sure to respond in an explosive way that’s very disproportional to what’s actually going on!

That’s why Tang Chang has managed to collect so many comedic photographs of the cat and his responses to a variety of stimuli. For example, if you wave a stick or toy in the cat’s face, he wears an expression that’s a mix between “completely terrified out of one’s mind” and “extremely desperate to catch the toy right now in a life or death situation”.

It’s hilarious, especially when it’s accompanied by his paws wildly batting all over the place! What if you try to move some treats away from him?

He’ll give you either the most offended look of the century, or a sad and heart-wrenching one that just might convince you to give the food back.

Every single response he gives is worth of becoming a meme or reaction picture all on its own! 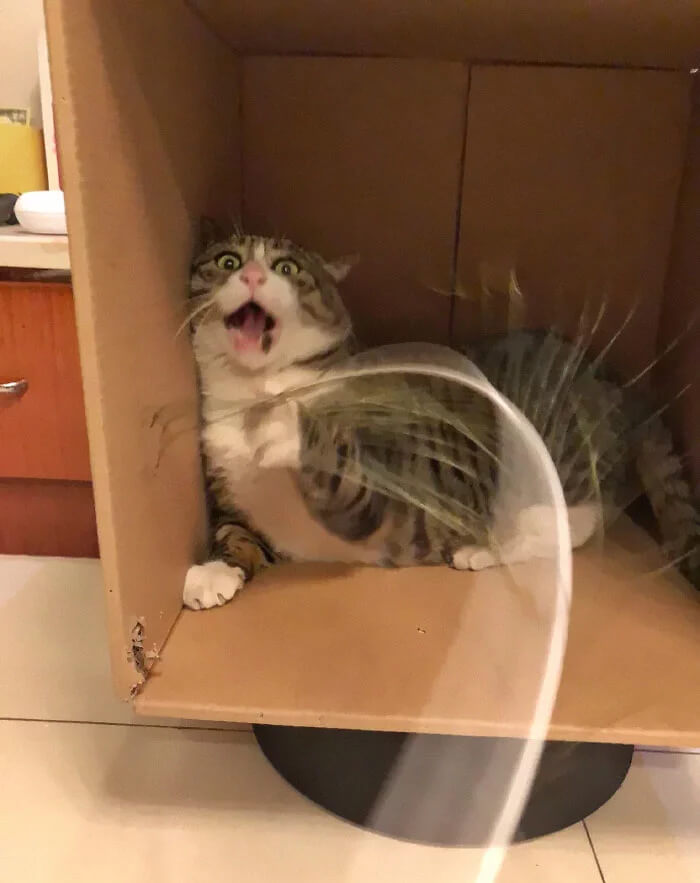 Ah Fei appears to be always on the edge of his seat in anxiety and stress.

For whatever reason, this cat can’t stay calm! How dare you wave that feather in front of him?

He’ll show you just how disgusted he is! Other animals up to some weird and questionable antics? He’ll look extremely done with life and very unimpressed with overall goings on.

Keep his dinner away?

He looks absolutely horrified! Just sitting down and chilling?

Chances are that he still has a silly look on his face! 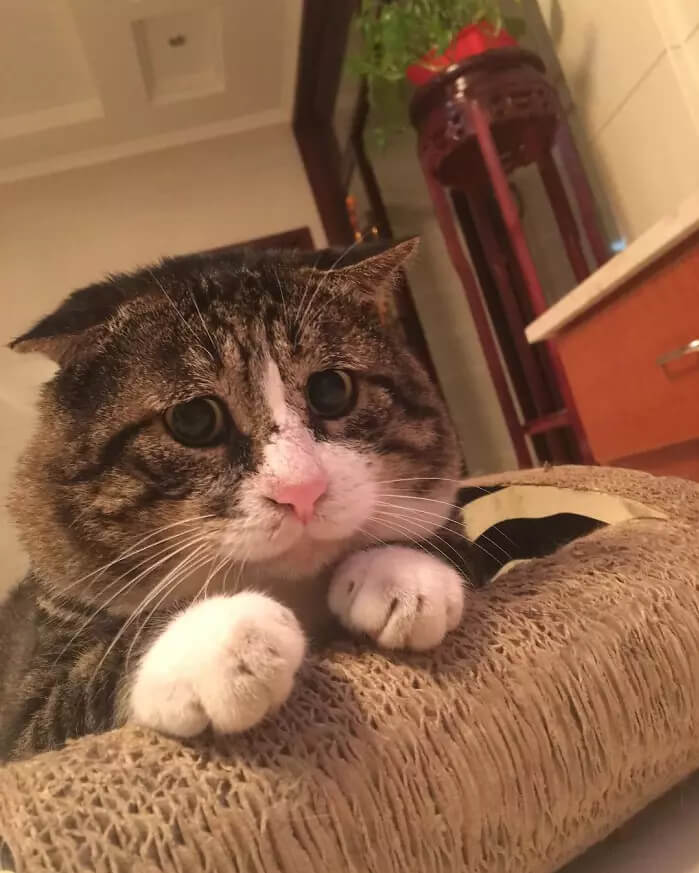 These pictures of Ah Fei have allowed him to gain fans all around the world.

People can’t help but relate to this silly cat and his everyday overreactions.

The fact that he’s adorable grumpy and hilarious chubby only adds to his overall appeal!

We can’t help giggling at his expressions and reactions! What do you think Ah Fei would think of his fame?

Is he sick of being exploited for funny pictures? Could he not care less about his followers?

Would he much rather be eating right now than hearing about them?

How about all of the above?

Whatever the case, it’s really no surprise that the world has fallen in love with Ah Fei!

ABOUT US
It’s not about following websites and social media platforms, it’s about sharing these stories so more and more people read them. That’s when we realized that we weren’t doing anything extraordinary, you were. This website is for you, made by you because you are our hero. You make us and together we spread stories that really matter.
FOLLOW US
© 2019 Relay Hero | Superlative Pte Ltd
323shares